Most of us understand that we are indeed closely related to the earth and the other creatures on it. What affects one can definitely affect the rest of us. Pollution, climate change, over population, under population, and destruction of natural spaces have a huge impact on those who reside in affected areas. Although we may not always notice it every small green move we make has a tremendous impact on the overall picture. So do the little things. They really do help.

How What and Why We Compost:
There really is no excuse not to. It's easy and it can be done whether you live in a house or an apartment. Mother nature does most of the work for you. All you have to do is insure that you yard and household compostables get composted.

Environmentally Friendly Green Packaging: I can't stress how very important our shopping choices are when it comes to protecting our wildlife. Plastics are a death sentence for many sea animals but also for land based animals as well. The pollution of the items we toss away is floating into the path of creatures who are trapped and tangling in it or who wind up mistakenly consuming it. We have better choices we can make.

How to Kill Weeds Without Using Chemicals: The toxins we have traditionally used to kill weeds in our yard and garden have long reaching consequences. Both our health and the health of animals and insects are affected. Why should you worry about a few insects being eliminated? Logically because our food crops rely on pollinators to keep them healthy and reproducing. 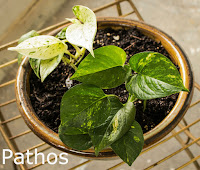 Plants that Clean Pollutants from Indoor Air: That houseplant you have sitting in your home may be doing more than just adding to your indoor decor. A recent study by NASA found that plants act as a purifier for the air around them. They also discovered that specific plants do a better job of this than others and that some even draw out more of certain toxins than others do.

It is an occurrence that is not hazardous to your health and nor is it contagious.  This phenomenon is known as goose bumps. Named after the tiny bumps on a goose's flesh it is a condition that most of us have experienced at some point in time. It begins as an icy cold sensation that races down the spine and is then followed by a tingling sensation on the neck and arms. If you look down you will see tiny bumps erupting across the affected skin.  Goosebumps are a natural defence of the body and occur when we experience a sense of fear or a chill in the air. These tiny bumps are a fight or flight response designed to make the body appear larger than it actually is. If your doctor should mention that you have a bad case of Cutis Anserina do not panic. He is simply using the official medical term for those little bumps protruding from your skin. Goose bumps are harmless and you will be perfectly fine. If you have an outbreak while you are being diagnosed then it is most likely 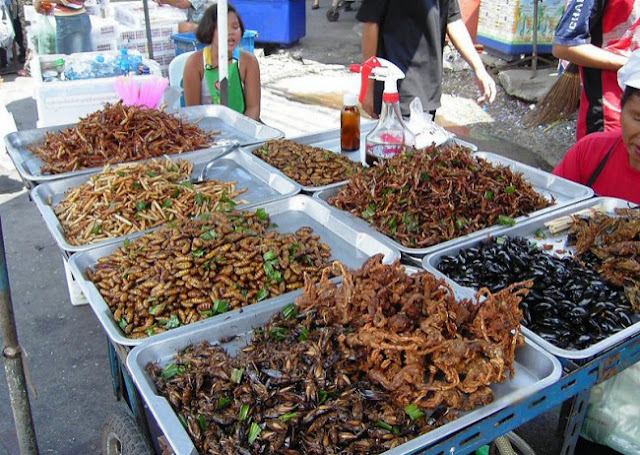 Edible insects as a protein food source? Not our typical lunch time fare but possibly one day in the future. In our culture edible insects and bugs are considered a rather gross food to be munching on but there are a large number of bugs and insects that are perfectly fine to eat as food. Many insects and worms are an excellent source of protein and could potentially one day be a viable solution to help solve world hunger. In some cultures these tiny bug sources of protein are already being enjoyed and are routinely eaten as a staple food product. Edible insects are an inexpensive and abundant food source. Just check out this taste tempting selection of flying creeping crawling bugs and insects and you just may find a few that excite you enough to want to have them wriggle on down past your palate. There are many cultures who view these edible creatures as a delicacy and a food staple. Insects and worms are generally rich in protein, low in carbohydrates and fat, and actually

Motivational Posters
by The Affirmations Store