The animals on our planet truly are some of the most unique creatures that we can encounter. Wild, pet, endangered, or a food source, whether they reside in the ocean or on land they have the ability to charm, terrify, and enchant us. There is much to learn from the animals who wander the land alongside us. Understanding, awareness, tolerance, and respect are words which should always be included in our animal vs human relationships. 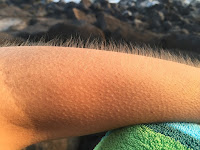 Why we Get Goosebumps When Cold or Afraid:
Goosebumps are a fight or flight response by our body in an attempt to make us appear larger than we actually are. Each bump appears at the base of a hair follicle with the purpose of causing the hair to stand erect. Hence also the term "hair raising" when we experience fear. We may not notice this effect too notably on ourselves but it is quite visible on animals who experience it.

Raccoon Behavior Trivia Facts:
Love them or hate them these little creatures have adapted to urban life quite well and have no intention of leaving. As an omnivour they will consume almost anything that falls within their line of vision which makes city living perfectly acceptable for them. They happily enjoy chowing down from the trash cans we set out on the curb.

There are a wide variety of animals who share this planet with us. Some are cute, cuddly, and tameable while others insist on remaining wild. Then we have a particular type of creature that absolutely refuses to appreciate humans in any respect. These are the most dangerous animals in the world and an encounter with one of them could prove deadly.

Most Dangerous Animals in the World:
These are the animals who go above and beyond in their efforts to keep you away from them. If you encounter one it is best that you back away because staying in the same area as these beasties could put your life in jeopardy. It's not worth taking the risk. 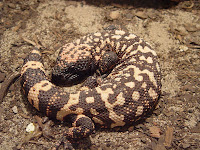 Most Dangerous Lizards in the World:
They look like smaller versions of the prehistoric creatures of ancient times. In fact some are very much unchanged since then but others have distinctly evolved throughout time. Most lizards are not dangerous but there are a few who you do not want to cross paths with.

Most Dangerous Snakes:
Most snakes are shy creatures who just want to live their quiet lives without much interference. Unfortunately encounters with man sometimes do occur. The most deadly snakes in the world are ones that you should definitely try not to tread too close to.

It is an occurrence that is not hazardous to your health and nor is it contagious.  This phenomenon is known as goose bumps. Named after the tiny bumps on a goose's flesh it is a condition that most of us have experienced at some point in time. It begins as an icy cold sensation that races down the spine and is then followed by a tingling sensation on the neck and arms. If you look down you will see tiny bumps erupting across the affected skin.  Goosebumps are a natural defence of the body and occur when we experience a sense of fear or a chill in the air. These tiny bumps are a fight or flight response designed to make the body appear larger than it actually is. If your doctor should mention that you have a bad case of Cutis Anserina do not panic. He is simply using the official medical term for those little bumps protruding from your skin. Goose bumps are harmless and you will be perfectly fine. If you have an outbreak while you are being diagnosed then it is most likely 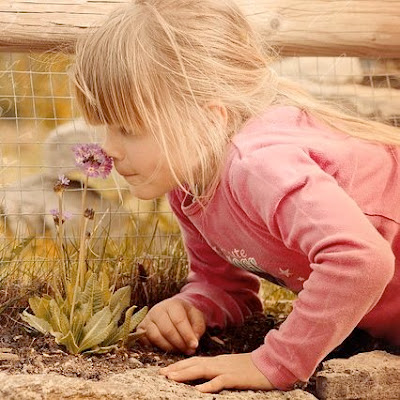 How to Kill Weeds Naturally Without Chemicals

Weeds have a remarkable tendency to grow where ever you do not want them to. They sow themselves and generally thrive in gardens, flowerbeds, lawns or where ever else it is where they are the least wanted. The seeds blow in each year on the wind or are carried in by birds, squirrels, or other wandering wildlife. Sometimes we bring them onto our property within the small cracks and wedges in the soles of the shoes that we wear or in the tires of our vehicle.  Generally if a plant is something you don't want there then it is officially designated a weed and this unwanted greenery can put you on a never ending mission to remove them from your little section of paradise. Unwanted plants are generally quite resilient. Weeds in the lawn or flower bed can look unattractive and weeds in the garden can crowd out your vegetables. The acceptable means of weed removal used to be chemicals but we are now beginning to see exactly how unhealthy that can be. Not only do toxic weed removal

Motivational Posters
by The Affirmations Store